How we enable Rubix to rapidly respond to tenders

Rubix has an assortment of more than 800,000 different items, and is a full range supplier for the distribution of industrial supplies. Over the years, they have expanded throughout Europe and are currently active in more than fifteen countries.

Rubix face some challenges in responding to a large number of tenders, resulting in many of them remaining unanswered. Like many companies in the technical business, Rubix matched tender requests manually in Excel. Manually matching thousands of products per tender proved to be a time-consuming process. Due to the number of unanswered requests for tenders (RFT), resource planning at Rubix went haywire. As a result, Rubix had to refuse multiple RFT’s due to a lack of time. This meant losing out on revenue (and profit) in the long run.

In a world where technology develops rapidlly, Rubix could not afford lag behind, so they partnered with Mydatafactory to stay ahead of the curve. Mydatafactory enables Rubix to automatically match equivalent products based on their product descriptions, making use of the latest machine learning technologies. Furthermore, using the same technologies, Mydatafactory can automatically identify suitable alternatives for products that are not readily available. All of this resulted in Rubix being able to respond much faster to a tender giving them a competitive advantage. On top of this, their margins have increased as well, due to the significant time savings, and their ability to quickly match the best products to their clients requests.

During traditional matching processes you are constantly switching between different applications, which is something we have solved. When matching with Mydatafactory, you are using one complete tool with an easy and intuitive interface, that also enables teams to collaborate on the same tender.

During a pilot, Rubix learned that they could use Mydatafactory for more than just matching tenders. Other tasks that also involve the comparing of products are just as easily tacked with Mydatafactory. This discovery led to new projects for matching products in their ERP system. After a successful pilot in the Netherlands and the UK, Rubix decided to deploy Mydatafactory in fifteen other countries within Europe. 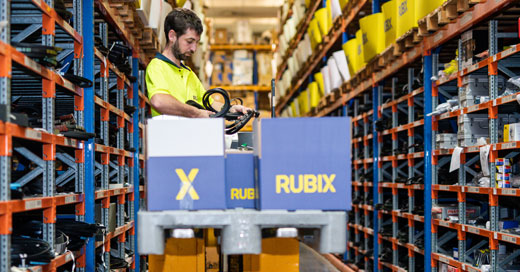 Not only has Mydatamatcher given Rubix the ability to respond to all the requests for tenders it receives, it has also enabled all stakeholders to be involved with the tender process. Even those that are not experts in this field. The tool is easy to use and has made matching tenders ‘a piece of cake’. Product experts have also seen benefits. They now have more time for the challenging parts of their job where their expertise can flourish.

Finally, the collaboration between the different branches of the Rubix group throughout Europe has become a lot smoother. The Rubix group now has more time to do the things that really matter, such as maintaining valuable customer-relations.

Want to see how Mydatafactory
can help your company?

Book a free demo or get in touch with our team. We’re here to help you!